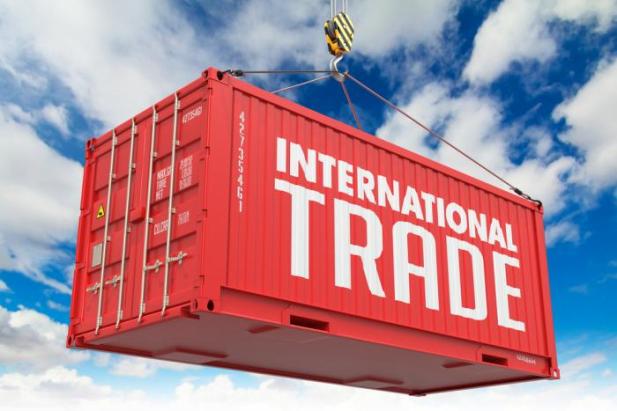 Mercantilism believes everything shall be produced domestically and maximizing exports & minimizing imports is the best route to national prosperity.

Instead, absolute advantage theory believes countries should specialize in what they do best (means making a product cheaper, better and faster) while trading with other countries who are also doing what they’re best at. With specialization and free trade, all countries can end up consuming more products than in the absence of trade.

Q3: What is the contribution of the factor proportion theory?

Q4: Why most apparel consumed in the U.S. are imported from developing countries?

Because generally developing countries enjoy comparative advantages in making clothing whereas US enjoys comparative advantages in making more capital and technology intensive products such as machinery. To be noted, it doesn’t mean US necessarily makes clothing less productive and more expensive than most developing countries. Just economically it is wiser for the US as a capital abundant country to make more capital  intensive products so as to maximize the gains from using its limited resources.

Q5: Why top U.S. apparel suppliers in the 1980s (Taiwan, Hong Kong and South Korea) are different from today (China, Vietnam and Bangladesh)? How to explain this phenomenon?

In the 1980s, Taiwan, Hong Kong and South Korea had comparative advantages in making clothing on the basis of their relatively abundant supply of cheap labor back then. However, with the gradual growth of economies and accumulation of capital, these countries/regions start to have more capital relative to labor. As a result, their comparative advantages shift from making labor-intensive clothing to more capital-intensive products such as electronics and machinery. Likewise, once China, Vietnam and Bangladesh become more capital abundant, they may also lose comparative advantages in making labor-intensive clothing to other less-developed economies where cheap labor is more abundant relative to capital.