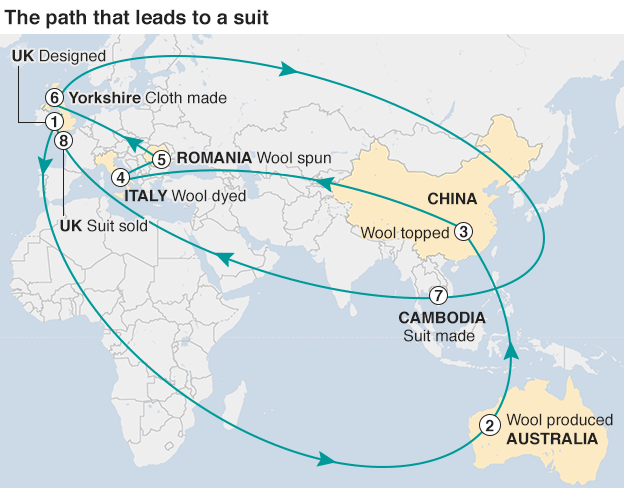 An interesting BBC article describes the global journey of a Marks and Spencer (M&S) wool suit:

As noted by the article, such a global-based production model for M&S’s suit is increasingly typical in UK. What makes the issue controversial, however is that, the suit is labeled as “100% British cloth”. As “defined” by M&S, “British cloth means it is woven, dyed and finished in the UK”.

Similar debates also exist in the United States. In the past, even if a garment was cut and sewn in California but made of imported items, the tag still had to say, “Made in USA of imported fabric, zippers, buttons and thread.” But a new law which takes into effect on January 1, 2016 allows California manufacturers to attach the “Made in USA” label as long as no more than 5 percent of the wholesale value of the garment is made of imported materials.