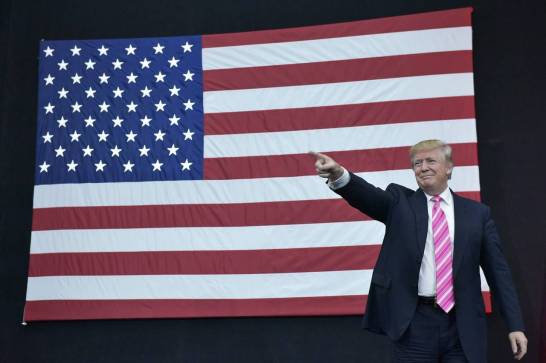 TPP is in trouble, but NOT dead

David Spooner, Partner at Barnes & Thornburg LLP, Former Chief Textile & Apparel Negotiator at the Office of the U.S. Trade Representative, and Former Assistant Secretary of Commerce for Import Administration: “it will be a tough road to pass it (the Trans-Pacific Partnership, TPP) during the Trump Administration…However, there may be opportunities for the (fashion) industry if Trump brings new faces to the Office of the U.S. Trade Representative (USTR) and takes a fresh look at trade agreements.” Source: https://www.usfashionindustry.com/news/off-the-cuff-newsletter/2803-recap-28th-apparel-importers-trade-transportation-conference

Jeffrey J. Schott, Senior Fellow of the Peterson Institute for International Economics: “What’s the future for TPP? Most likely, Trump will simply not implement it. Without US participation, the pact cannot definitively enter into force. It’s death by malign neglect.” “But the 11 other TPP countries may not sit idly on the sidelines waiting for US ratification. Instead, they could agree among themselves to extend the TPP benefits to each other on a provisional basis, leaving the door open for US participation in the future. If the United States subsequently ratifies the TPP, the pact would then enter into force on a permanent basis.” Source: https://piie.com/blogs/trade-investment-policy-watch/tpp-could-go-forward-without-united-states

Steve Warner, President/CEO BeaverLake6 Group LLC, former President and CEO of the Industrial Fabrics Association International (IFAI): “TPP was dead going forward. TPP isn’t actually bad for the technical textiles industry except in a few instances. The real bad culprit, though, is the passage of the Trade Promotion Authority (TPA), which I opposed when it was being hotly debated in 2015. TPA gave no wiggle room for lawmakers to make even slight changes in the TPP when it was presented by the Obama administration that could at least mollify a representative’s constituents. You couldn’t just like parts of the agreement; you had to like all of it. Thus, you were either with it entirely or have to go against it. It proved to be safer to go against it. As for T-TIP, it was going to be a tough deal to conclude when the European Union insisted a primary objective for them was the elimination of the Berry Amendment protection for US domestic manufacturers” Source: http://www.beaverlake6.com/in-my-opinion/

Face uncertainties but with hope

Michael Singer, vice president of customs compliance at Macy’s and chairman of the U.S. Fashion Industry Association (USFIA): “I do see some opportunities believe it or not, and I had to struggle really hard to come up with something positive. From the regulatory basis, there may be an opportunity for some easing of government laws and mandates.” “One of the key issues we now face is how the administration and Congress will handle trade issues in 2017… We all know how important trade and the access to world markets is in our ability to provide our customers the choices and products they expected, and yet there is no doubt the protectionist sentiment in our country is at historic levels. USFIA will be doing our best to make sure that this remains a top priority and we clearly communicate the importance and benefit of trade to U.S. consumers and the U.S. economy.” Source: http://wwd.com/business-news/government-trade/donald-trump-on-trade-taxes-and-regulations-10702130/

Julia Hughes, President of the U.S. Fashion Industry Association (USFIA): “A lot of folks were surprised by the (election) outcome… We can see we have our work cut out for us…We’re going to be dealing with a lot of unknowns even with the continuation of a Republican Congress.” Source: http://www.just-style.com/analysis/tpp-is-not-going-to-happen-in-a-trump-administration_id129272.aspx

Daniel J. Ikenson, director of Cato’s Herbert A. Stiefel Center for Trade Policy Studies: “If he (Trump) is able to expand and diversify the pool of people advising him, there is a reasonable chance that President Trump’s actions will be less bellicose than his rhetoric has been. After all, as someone who wants to make America “great again,” President-elect Trump will want the policies implemented by his administration to help grow the economy. Trade agreements have succeeded in that regard and, in addition to the TPP, there are plenty of countries and regions willing to partner, including the European Union and the United Kingdom (separately), and plenty of alternative negotiating platforms for accomplishing trade and investment liberalization. ” Source: https://www.cato.org/blog/shifting-gears-contemplate-trumps-trade-policies

David Spooner, Partner at Barnes & Thornburg LLP, Former Chief Textile & Apparel Negotiator at the Office of the U.S. Trade Representative, and Former Assistant Secretary of Commerce for Import Administration: “I think there’s some opportunity in a Trump administration…Assuming chaos provides opportunities, and if Trump brings in new faces to USTR, it might give us an opportunity to do new things in trade. We’ve been screwed by the yarn-forward rule for decades. Maybe there’s an opportunity to do things, even if it’s around the margins.” Source: https://sourcingjournalonline.com/tpp-ttip-wont-happen-trump-administration/

Robert Antoshak, managing director at Olah Inc.: “First, (Trump) he’ll let TPP, the Trans-Pacific Partnership) just wither on the vine. It’s pretty easy to kill TPP by doing nothing; Congress hasn’t voted on it yet. Next, he may activate the escape clause in NAFTA (the North American Free Trade Agreement with Canada and Mexico), which gives signatories a six-month window to exit the agreement. During that time, he could use an exit for political gain in the media – imagine the headlines about the US pulling out of NAFTA – but in reality, he could use the time to renegotiate portions of the agreement. And then there’s T-TIP, the Transatlantic Trade and Investment Partnership free trade deal with the EU. Personally, I’m going to keep a close eye on relations between the White House and 10 Downing Street. The commonalities between the forces supporting Brexit and Trump are all too similar. Why negotiate with all of the EU, when it may be more politically expedient for Trump to negotiate a separate economic-trade deal with Theresa May?” “I am confident that he (Trump) will attempt to alter the global hierarchy. One way of changing the system will be to focus on trade. He can make tactical adjustments to trade policy that will not only give him the front-page news he craves, but will enact the kind of systemic change upon which he ran for president.” Source: http://www.just-style.com/comment/trump-trade-policy-who-knows-what-hell-do_id129295.aspx

Augustine Tantillo, president and chief executive officer of the National Council of Textile Organizations (NCTO): “(I) would be surprised if Trump does not take some steps to crack down on currency devaluation, particularly as it relates to China.” Source: http://wwd.com/business-news/government-trade/donald-trump-on-trade-taxes-and-regulations-10702130/

Chad Bown, Senior Fellow of the Peterson Institute for International Economics: “What he (Trump) has said is that they (China) manipulate their currency and he has threatened to impose tariffs upwards of 45%. The concerns with doing that is that we (USA) do have a trade agreement with 163 other economies of the world, the WTO. China is a part of that and by doing that (imposing tariffs upwards of 45%) unilaterally, would be violating our commitments, legal commitments to our trading partners under that deal and China would be authorized and probably would retaliate and strike back and probably do the same thing against the United States which would mean U.S. companies and exporters that make goods and agricultural products, and send those to China would suffer as a retaliatory response.” Source: https://www.c-span.org/video/?417891-3/washington-journal-chad-bown-trade-policy-trump-administration

Steve Lamar, executive vice president for the American Apparel & Footwear Association(AAFA): “It is well established that CAFTA and NAFTA are critical for the U.S. textile and apparel industry. The things we have continued to argue is how to find ways to make it better… NAFTA was negotiated when there were no other free-trade agreements and the world was surrounded by quotas and rules of origin that catered to the United States. But the industry has evolved.” “Trump will renegotiate NAFTA and is only threatening to abrogate the free-trade accord… Trump likes to build up leverage to get the best possible deal, and he can view trade with that same lens.” Source: https://www.apparelnews.net/news/2016/nov/17/how-would-end-nafta-affect-la-apparel-industry/

Augustine Tantillo, president and chief executive officer of the National Council of Textile Organizations (NCTO): “there will be a ‘level of caution,’ when it comes to renegotiating NAFTA. This agreement has been in place for a while and it would be clearly disruptive to simply walk away from it at this point.” Source: http://wwd.com/business-news/government-trade/donald-trump-on-trade-taxes-and-regulations-10702130/

Leonie Barrie, Managing editor of Just-Style: “Will a Trump administration revisit NAFTA? Such a prospect is a concerning one because NAFTA’s free trade framework with Mexico has been at the heart of many sourcing strategies in North America. The US exported $6.5bn of apparel and textiles to Mexico last year and, in turn, Mexico shipped $4.2bn to the US. Earlier this year executives told just-style that if Trump went ahead with threats to build a 3,200-kilometre fence on the Mexican-American border to stem immigration, it could cut $2.2bn or 20% of the $11bn in US-Mexican textiles and apparel trade in its first year.” Source: http://www.just-style.com/comment/what-might-a-trump-presidency-mean-for-apparel_id129260.aspx

Please feel free to respond to any comments above or leave your thoughts.

29 thoughts on “Outlook for Trade Policy in the Trump Administration and Impact on the Textile and Apparel Industry: A Summary of Views from Experts”