1. Trade keeps the US economy growing. Since 1960, trade in the US on average has grown at double the rate of growth of the economy as a whole. Exports of goods and services—produced by businesses employing millions of Americans—are fourteen times what they were six decades ago. 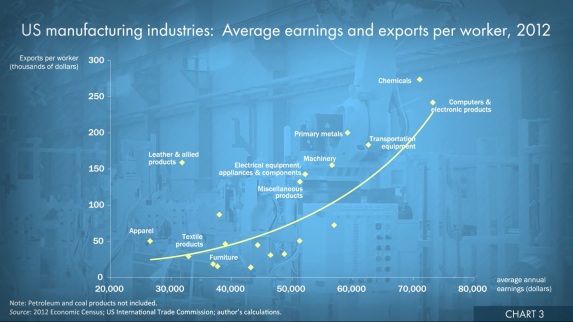 2.Trade pushes countries to produce and export what they are relatively more efficient at making. This is called comparative advantage. The US has abundant skilled-labor and has become one of the world’s leading exporters of high-tech machinery, electrical equipment, vehicles and other capital goods. The same can be said for US exports of business, professional and technical services. The chart shows the trend of higher average earnings in manufacturing industries that export more per worker. More broadly, workers producing US exports are higher paid on average, by 16 to 18 percent more than other workers. And by all metrics, exporting industries are generally more productive than non-exporting industries. 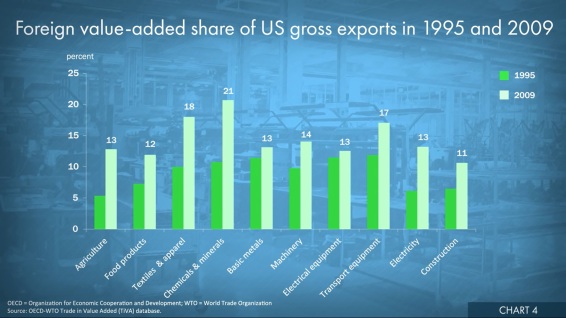 3.Imports are essential to US production and exports! Export competitiveness relies on access to high-quality, low-cost imports. US production processes rely on multiple countries forming parts of the supply chain.

4. U.S. public opinion on trade has long been divided, although in recent years Americans appear to be more persuaded that the potential gains outweigh the costs. The unequal benefits from growing international trade, loss of manufacturing jobs and the downward pressure on wage level remain the top concerns of trade skeptics.

An interesting BBC article describes the global journey of a Marks and Spencer (M&S) wool suit:

As noted by the article, such a global-based production model for M&S’s suit is increasingly typical in UK. What makes the issue controversial, however is that, the suit is labeled as “100% British cloth”. As “defined” by M&S, “British cloth means it is woven, dyed and finished in the UK”.

Similar debates also exist in the United States. In the past, even if a garment was cut and sewn in California but made of imported items, the tag still had to say, “Made in USA of imported fabric, zippers, buttons and thread.” But a new law which takes into effect on January 1, 2016 allows California manufacturers to attach the “Made in USA” label as long as no more than 5 percent of the wholesale value of the garment is made of imported materials.

While shopping in SoHo (NYC), Nicole Farese, a student from FASH455, found the label of a Splendid sweater reads “Made of Italian Yarn” and “Made in China”. Splendid is a casual wear store which is known for their high-quality clothing sold at a premium price. 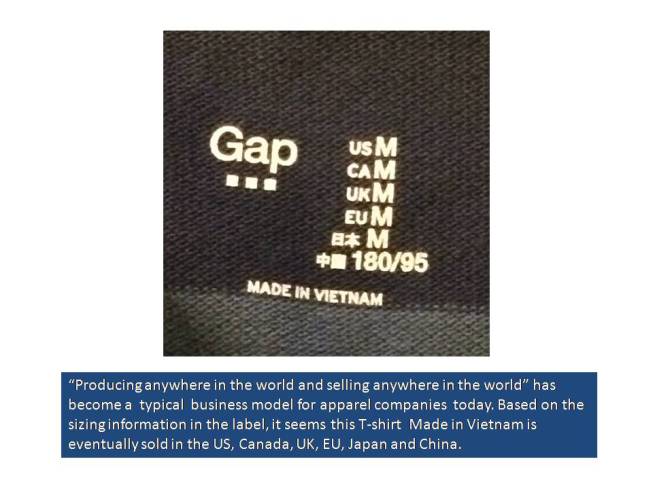 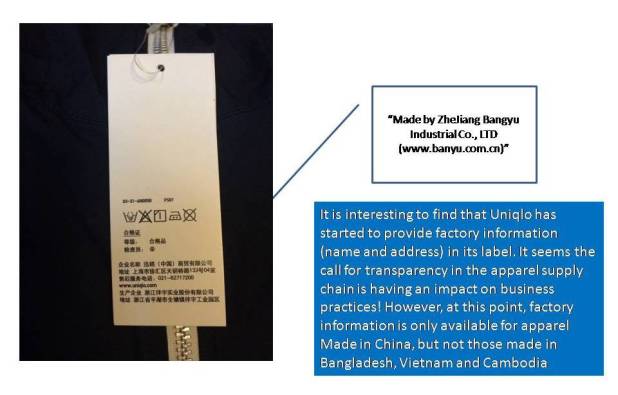 Do you find any example of globalization from your clothing label or closet? Please feel free to leave your comment or send your pictures to shenglu@udel.edu (selected pictures will be shared through the blog). 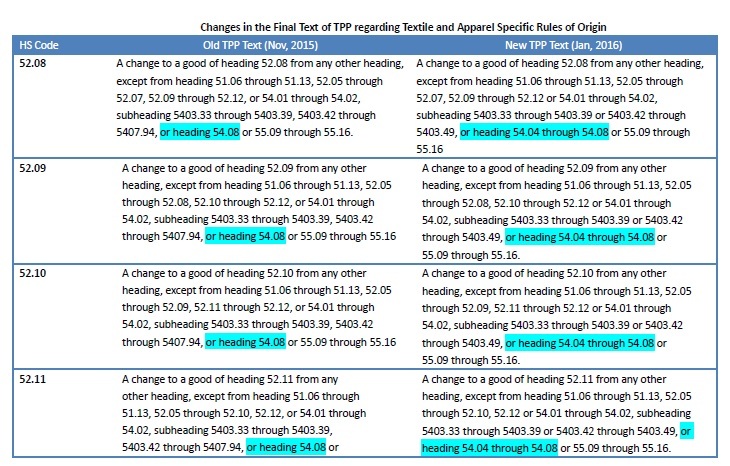 The final text of the Trans-Pacific Partnership (TPP) released by the New Zealand Foreign Affairs & Trade in January 2016 has made a few changes to the textiles and apparel specific rules of origin compared with the USTR version released in November 2015:

Details of the changes can be downloaded from HERE