Please feel free to share your views on the following discussion questions based on the video:

China is no longer one of the cheapest places to produce garments. The minimum monthly wages in China have far exceeded those in Bangladesh, India and Cambodia:

According to the UNComtrade, China remains the world’s largest apparel exporter in 2015 (37.4% world share for knitted apparel, HS61 and 34.9% for woven apparel, HS62). 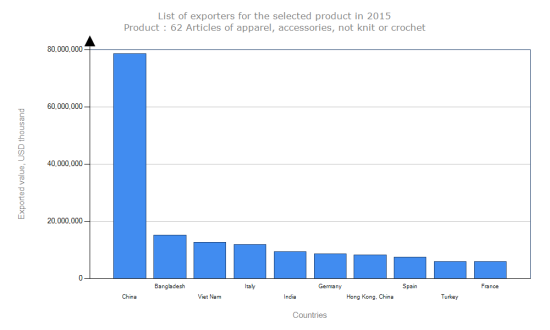 From 2011 to 2015, “Made in China” continues to acquire more market shares in some key apparel import markets in the world, including the United States and UK (i.e. China’s apparel exports to these markets grew at a faster rate than these countries’ apparel import growth from the world—bubbles in blue in the figures below). Nevertheless, in some other markets (bubbles in yellow in the figures below), notably Japan and Germany, China is losing market shares to other garment exporters such as Vietnam and Bangladesh. 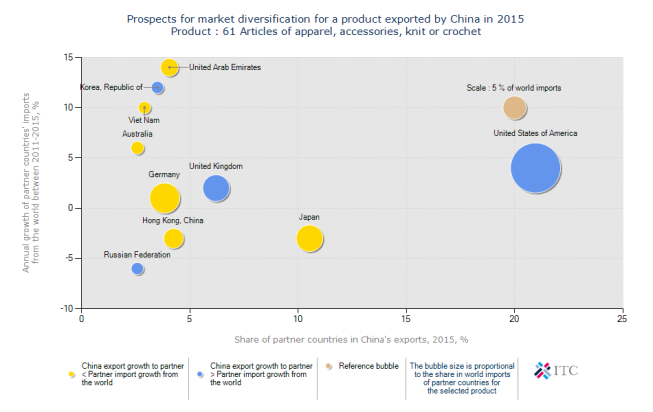 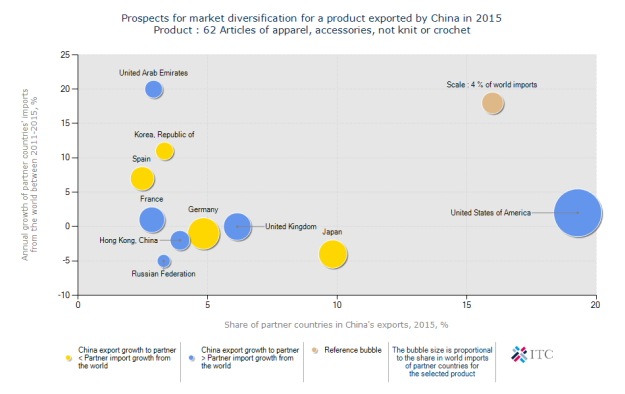