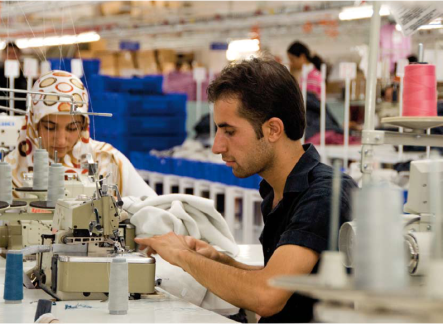 According to just-style, Turkey is aiming for increased export growth in 2014, mainly to EU markets. Although the cost of sourcing apparel from Turkey averages 30-40% higher than countries such as China and India, quicker lead times as well as Turkey’s ability to offer shorter runs are proving to be beneficial for European retailers. Despite increasing pressure on price from European retailers, Turkey’s clothing industry is still expected to grow during the upcoming year. Another factor Turkish apparel manufacturers benefit from is the depreciation of the country’s currency, the Lira. Depreciation of the Lira could potentially act as an advantage for Turkish apparel manufacturers, making apparel sourcing from Turkey more price competitive for European retailers.

7 thoughts on “Export Growth Expected from Turkey in 2014”