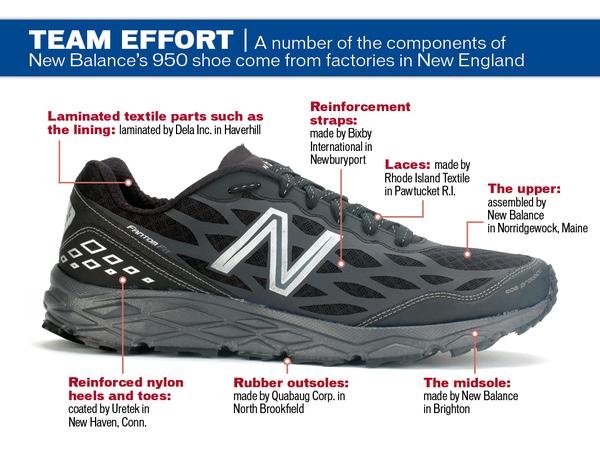 According to the Wall Street Journal (WSJ), under the pressure from the domestic shoe industry and lawmakers, the US Department of Defense (DOD) is evaluating the possibility of procuring athletic (running) shoes 100% made in the USA. Under a provision of 1941 legislation known as the “Berry Amendment” , DOD must buy clothing, fabrics, fibers, yarns, other made-up textiles, boots and certain other items that are 100% US-made. The exception can be made, however, if US manufacturers do not have the capacity to meet the procurement needs. This exception has been applied to athletic shoes for boot camp.

US-based shoemakers are excited about this opportunity and trying to convince DOD that they have enough capacity to make shoes in the USA. Shoemakers say the initiative will add jobs both at their plants and at suppliers.

Statistics from the American Apparel and Footwear Association (AAFA) show that in 2012 98.6% of shoes consumed in the US were imported. The WSJ report cited the Boston-based New Balance Athletic Shoe Inc as the only US maker of athletic shoes with large-scale production in the US, although New Balance also imported 75% of its branded shoes from overseas.

On the other hand, the Berry Amendment itself is not without controversy and future challenges. Cited in a recent CRS report, some policymakers believe that the Berry Amendment contradicts free trade policies and produces negative effects such as reducing the business incentive to modernize, causing inefficiency due to a lack of competition and causing higher costs to DOD.  Negotiations of new trade agreements also create uncertainties for the future of the Berry Amendment. For example, under the Trans-Atlantic Trade and Investment Partnership (TTIP) negation, the European Union is seeking removal of “buy America” requirements such as the Berry Amendment to get more access to the US government procurement market.

The DOD announced on April 25, 2014 that it will require new recruits to use their footwear allowance to purchase athletic footwear that is compliant with the Berry Amendment, which requires the use of domestically sourced apparel and textile products.

Wolverine, which for the past several years has urged the Pentagon to procure athletic footwear manufactured in the US rather than purchasing foreign-made products, believes the move will significantly help support the country’s supply chain for US-made shoes.

The policy change comes after campaigns last year to require the Department of Defense (DOD) to treat athletic footwear like every other uniform item, including boots, and ensure that such items are bought from American manufacturers.

Estimates suggest the DOD has spent around $180m to date on the athletic footwear cash allowance programme. Until now it has issued cash allowances to new recruits for training shoes which are not required to be Berry-compliant.

25 thoughts on “Berry Amendment may Extend to Athletic Shoes, Benefiting New Balance and Other US-based Shoemakers”