Foreign direct investment (FDI) is a major format of cross-border capital flow. It occurs when a company based in one country invests in physical productive assets in another country and obtains a controlling interest in the operation (Brookings, 2014).

Although historically developed countries have been the primary source of global FDI, in recent years, developing countries (especially emerging economies such as China) have played an increasing role in global investment. For example, according to a recent study released by the National Committee on US-China Relations, from 2000 to 2014, Chinese firms spent nearly $46 billion on new establishments and acquisitions in the U.S.. This includes Keer Group, a Chinese textile company, which invested $218 million in South Carolina to produce industrial cotton yarn products specifically for the China market. 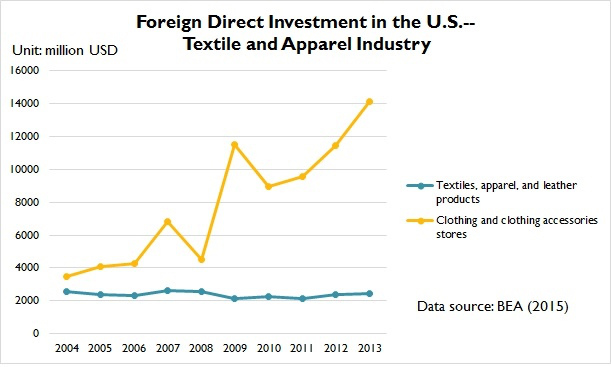 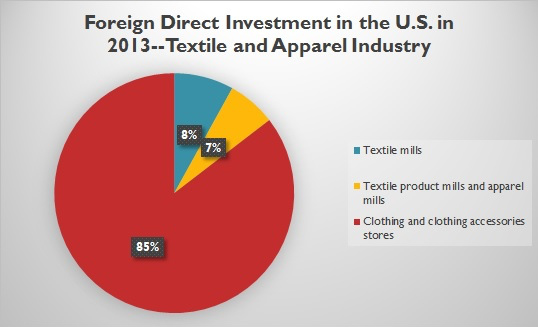 The U.S. textile and apparel industry (T&A) has been actively engaged in FDI as well. Data from the Bureau of Economic Analysis (BEA) show that in 2013 U.S. FDI abroad in the T&A industry reached $16.5 billion and FDI inflow reached $13.7 billion. The apparel retail sector (NAICS 448) in particular accounted for 85% of FDI inflow and 51% FDI outflow in the U.S. T&A industry. Interesting enough, data also show that FDI abroad made by the U.S. apparel manufacturers have substantially increased by 85.4% from 2009 to 2013, implying that U.S. apparel manufacturers may accelerate moving factories overseas rather than adding manufacturing capacity in the United States.

2 thoughts on “Foreign Direct Investment in the U.S. Textile and Apparel Industry (Updated in May 2015)”