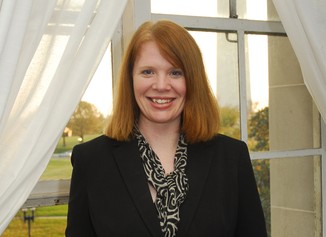 Kim  Glas is the Deputy Assistant Secretary for Textiles, Consumer Goods, and  Materials at the U.S. Department of Commerce. She oversees programs and strategies to improve the domestic and  international competitiveness of the broad product range of U.S. textiles,  apparel, consumer goods, metals and mining forest products, and chemicals and  plastics manufacturing sectors and industries.   Ms. Glas also serves as Chairman of the Committee for the Implementation  of Textile Agreements (CITA), which supervises the negotiation and  implementation of textile and apparel agreements.

Prior  to joining the Department of Commerce, Kim Glas served more than 10 years as a  professional staff member in the U.S. House of Representatives.  As Deputy Chief of Staff and Legislative  Director for Representative Michael Michaud of Maine for over seven years, Ms.  Glas managed the Congressman’s legislative agenda and was the key advisor on  international trade and labor issues.  In  addition, Ms. Glas worked for Representative John LaFalce of New York during  her tenure on Capitol Hill, advising on trade and labor issues.

The United States has a strong and diverse textile industry, manufacturing a range of high quality products including fibers, yarn, fabric, and apparel.  It is the fourth largest single country exporter of yarns and fabrics, with $13.6 billion in exports in 2012.  The United States is also home to one of the largest providers of spun yarn in the world, Parkdale, Inc., with 29 manufacturing plants in the United States, Central America, Mexico, and South America.

Sheng Lu: From your view, what role does the OTEXA play in enhancing the competitiveness of the US textile and apparel industry in the 21st century global competition?

Kim Glas: OTEXA administers and enforces agreements and preference programs concerning the textile, apparel, footwear and travel goods industries and works to ensure fair trade and a level playing field for these industries to enhance their competitiveness in international markets.  The office has an active Export Promotion Program that assists small- and medium-sized U.S. textile and apparel firms to develop and expand their export markets helping job retention and creation in this and related sectors.

Sheng Lu: There have been many discussions recently about manufacturing coming back to the United States given the rising labor cost in China. Yet, statistics from the US Bureau of Labor statistics show a continuous decline of employment in the manufacturing aspect of the US textile and apparel sector (i.e. NAICS 313, NAICS 314 and NAICS 315). What is your view on the future of textile and apparel “made in USA” as well as related job opportunities?

Kim Glas: The U.S. textiles and apparel industry employs over 380,000 people nationwide.  Declining employment in this sector has been an ongoing trend for the past four decades, a development related mainly to productivity improvements and international competition.  The adoption of new technologies has boosted productivity in this sector.

Advances in technology and manufacturing capabilities by capital-intensive U.S. textile and apparel firms have contributed towards competitiveness and productivity, increasing output and lowering labor costs.

The apparel industry has retained more skilled and higher-paying jobs in such areas as computer-aided design and manufacturing, marketing, and product development.  Lower-skilled apparel production jobs have moved offshore, in support of our production-sharing operations in Mexico, Central America, and the Caribbean Basin, as well as to other countries with lower labor costs.

The continued upswing of re-shoring sentiments and companies moving textiles and apparel production back to the U.S., combined with increasing consumer demands for Made in USA products will help foster more U.S. production hence increasing high-skilled job opportunities in these sectors for the foreseeable future.

Sheng Lu: This year marks the 20th anniversary of the North American Free Trade Agreement (NAFTA), which has been both lauded and attacked in the United States. In your view, does the US textile and apparel industry a beneficiary of the agreement? What critical changes has the NAFTA brought to the US textile and apparel industry over the past 20 years, if any?

The United States imported more than $113 billion in textile and apparel products in 2012, including $2.2 billion from Canada and $5.7 billion from Mexico.  U.S. imports from our NAFTA partners have a high U.S. content and therefore help to preserve U.S. jobs and increase sales opportunities for U.S. producers.

U.S. textile and apparel firms have benefited from NAFTA provisions including the “yarn forward” rule of origin and Mexican production-sharing arrangements.  This has allowed them to optimize production and manufacturing.  U.S. investment in Canada and Mexico has increased by 57% since NAFTA was implemented, reaching $592 million in 2012. The United States remains the largest single-country supplier of textiles and apparel to Mexico.

Kim Glas: The U.S. approach to free trade agreements (FTAs) has been to provide for specific rules that apply only to the textile and apparel sectors in several areas, including rules of origin and related matters, safeguards and anti-circumvention Customs cooperation commitments.  Treating textiles and apparel in a separate chapter of an FTA provides more clarity and transparency, and therefore makes it easier for industries and traders in our FTA partner countries to make maximum use of the opportunities of the agreement while improving compliance.

As the largest market for imported textiles and apparel, and as one of the world’s largest markets for imported textiles and apparel, trade negotiations for this sector require experts with specialized knowledge.  Textile issues have been addressed in a textile negotiating group in all of our major FTAs, past and pending, with full coordination with other relevant negotiating groups.

Sheng Lu: looking ahead in 2014, what are the key industry development trends and trade policy issues we shall watch?

Kim Glas: The turnaround in U.S. manufacturing of textiles and apparel is expected to continue to reshape the manufacturing landscape of this industry with improved industry strategies and planning.   U.S. companies will be increasingly active in their efforts to innovate and improve to keep and stay viable in today’s highly competitive global market place.  In addition to keeping up with innovations, we can expect to see improvements in companies’ sourcing, supply chain management, and development of niche product and improved quality. Moving forward, we can expect to see U.S. companies to be to be more lean, efficient and flexible with consumer and market demands.

2 thoughts on “Exclusive Interview with Kim Glas, Deputy Assistant Secretary for Textiles and Apparel, US Department of Commerce”