A fact-checking review of trade statistics in 2017 of a total 167 categories of textile and apparel (T&A) products categorized by the Office of Textiles and Apparel (OTEXA) suggests that T&A products  “Made in China” still have no near competitors in the U.S. import market. Specifically, in 2017:

In comparison, for those Asian T&A suppliers regarded as China’s top competitors:

Notably, China not only was the top supplier for many T&A products but also held a lion’s market shares. For example, in 2017: 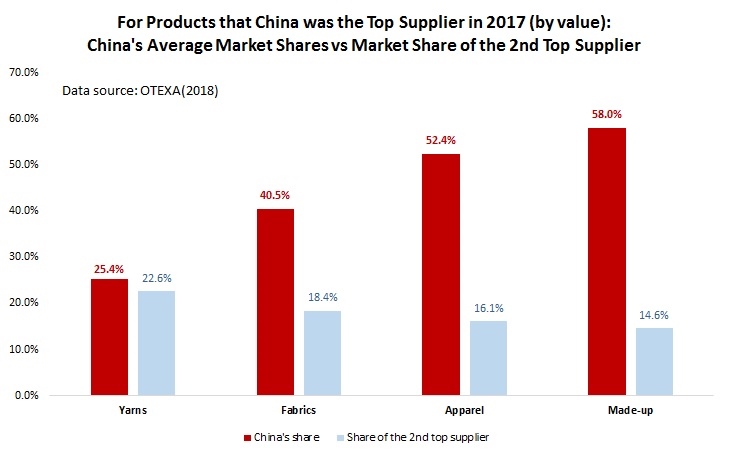 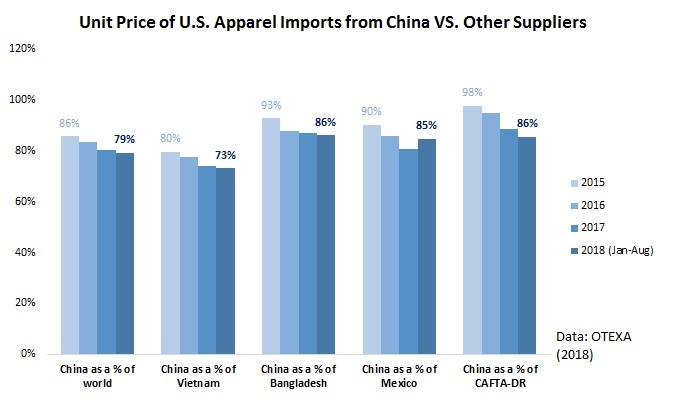 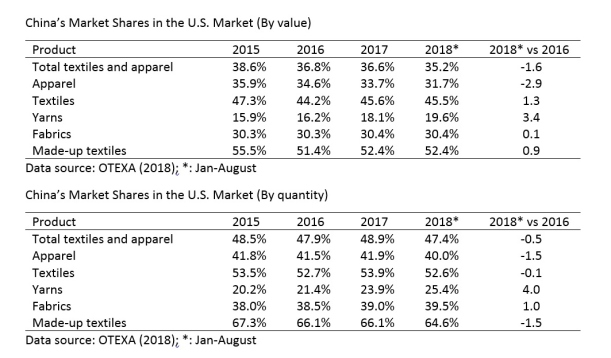 Are the results surprising? How to explain China’s increasing price competitiveness despite its reported rising labor cost? What’s your outlook for the future of China as a sourcing destination for U.S. fashion brands and retailers? Please feel free to share your views.

Suggested citation: Lu, Sheng. (2018). Are Textile and Apparel “Made in China” Losing Competitiveness in the U.S. Market? (updated October 2018). Retrieved from https://shenglufashion.com/2018/10/28/are-textile-and-apparel-made-in-china-losing-competitiveness-in-the-u-s-market-updated-october-2018/ 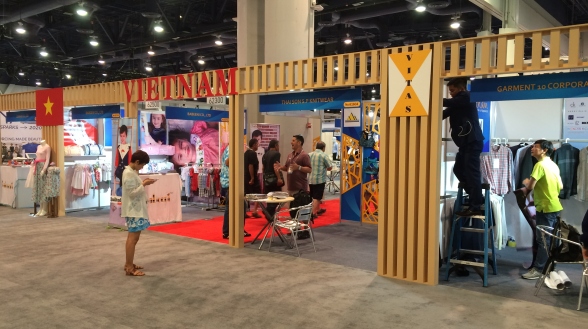 #1 In 2017, over 75 percent of U.S. apparel imports came from Asia (including around 35 percent from China, 13 percent from Vietnam, and 6 percent from Bangladesh). Based on the readings and our class discussions, why or why not do you think Asia’s market share may continue to rise in the years ahead?

#2 Vietnam is often treated as the “next China” for apparel sourcing. However, some argue that Vietnam’s export potential for apparel could be more limited than we anticipated because of its small population size. What is your evaluation?

#3 It does not seem U.S. companies have a particular role to play in the Asia-based textile and apparel supply chain because of the “flying geese” pattern. What is your view?

#4 If U.S. and China were able to solve the trade dispute by early next year, would sourcing from China become popular again among U.S. fashion brands and apparel retailers? What are the most critical factors that drive China’s competitiveness as an apparel sourcing base in the next five years? Overall, is “Made in China” over? 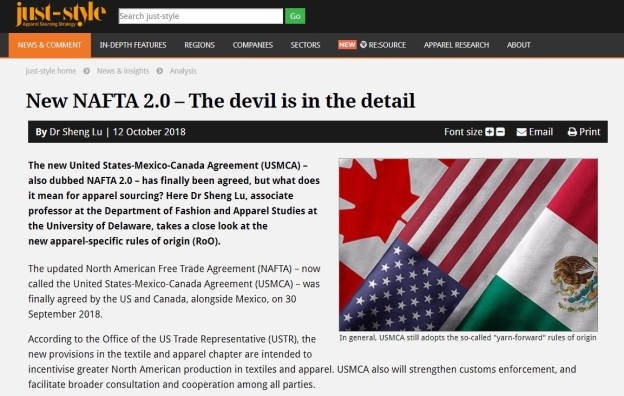 The full article is available HERE

First, in general, USMCA still adopts the so-called “yarn-forward” rules of origin. This means that fibers may be produced anywhere, but each component starting with the yarn used to make the garments must be formed within the free trade area – that is, by USMCA members.

Second, other than the source of yarns and fabrics, USMCA now requires that some specific parts of an apparel item (such as pocket bag fabric) need to use inputs made in the USMCA region so that the finished apparel item can qualify for the import duty-free treatment.

Fourth, USMCA seems to be a “balanced deal” that has accommodated the arguments from all sides regarding the tariff preference level (TPL) mechanism:

Fifth, USMCA will make no change to the Commercial availability/short supply list mechanism in NAFTA 1.0.

Sixth, it remains to be seen whether USMCA will boost Made-in-the-USA fibers, yarns and fabrics by limiting the use of non-USMCA textile inputs. For example, while the new agreement expands the TPL level for U.S. cotton/man-made fiber apparel exports to Canada (currently with a 100 percent utilization rate), these apparel products are NOT required to use U.S.-made yarns and fabrics. The utilization rate of USMCA will also be important to watch in the future.

Before taking into effect, USMCA still needs to be ratified by all member countries. In the United States, the earliest that President Trump can sign the agreement will be 11/29/2018 (i.e., 90 days after notifying the Congress). The U.S. International Trade Commission has until 3/14/2019 (i.e., 150 days after President signing the agreement) to release an assessment of the new trade agreement. Afterward, the Trump Administration will need to work with the Congress to develop legislation to approve and implement the agreement.

A recent study released by the U.S. International Trade Commission (USITC) provides a comprehensive review and valuable insights into the state of textile and apparel manufacturing in the United States. According to the study:

First,  data suggests a mixed picture of the recovery of textile manufacturing in the U.S.

Second, some evidence suggests that reshoring has taken place in recent years in the apparel sector, although on a modest scale.

Third, the advantages of making textiles and apparel in the United States include: